Balkan Cross Country – from the Mountains to the Black Sea

The Balkan Offroad Rallye 2018: from the mountains to the sea in eight beautiful days. The race tells the story of Bulgaria in no less than 2700 kilometers. Teams from all over Europe came to Borovets for the start of the event, for the competition in perhaps the most beautiful and diverse scenery of Europe! 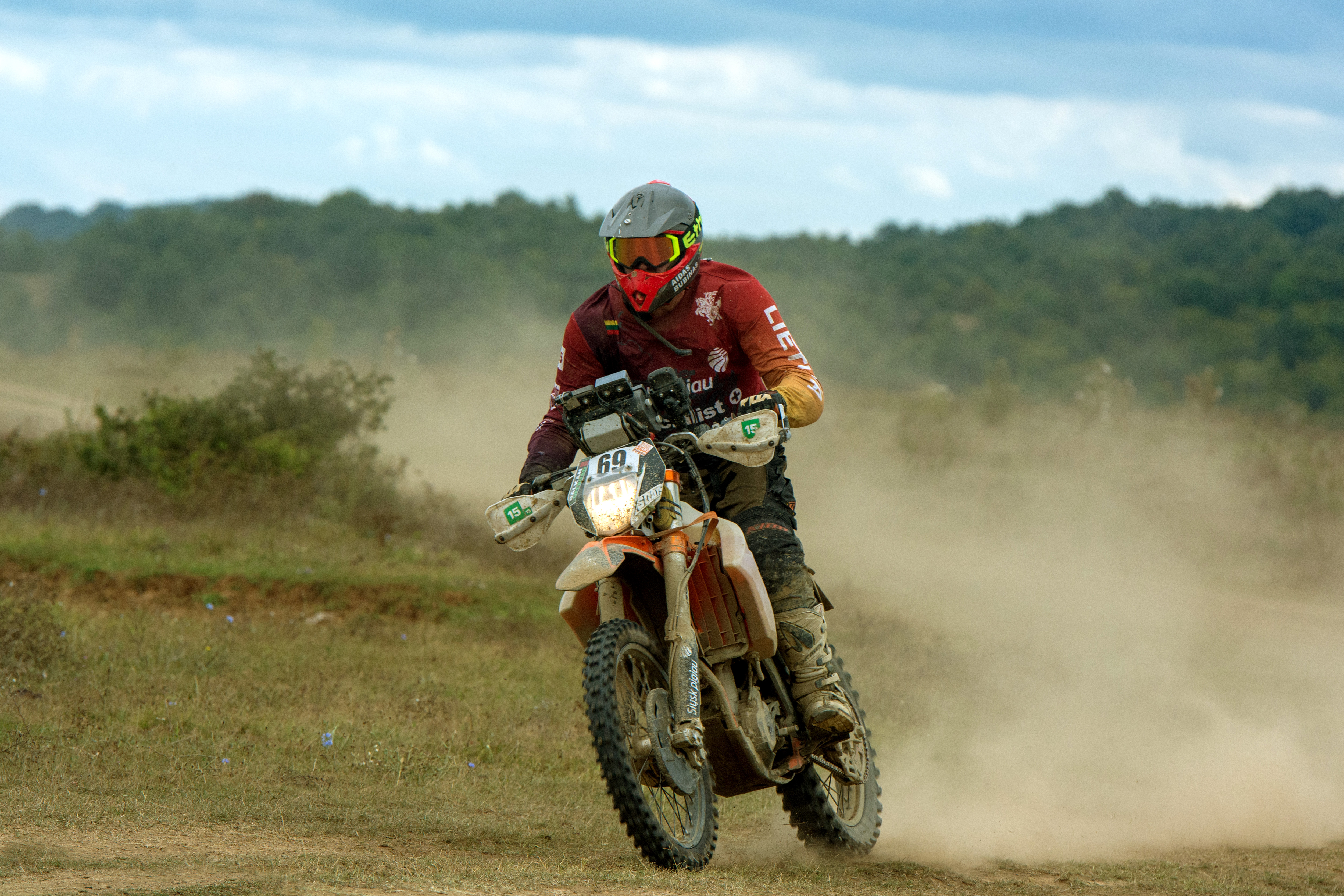 Racing in the mountains is not for the fainthearted, with tracks well over 2000m high, on mountain tracks, crests and rocks – but every two days the bivouac changes and the race moves east.

The terrain changes as well, crossing hills, vineyards, valleys and forests until the Balkan Offroad Rallye finally reaches the beach of Shkorpilovtsi at the Black Sea, just south of Varna.

This year, the fiercest battles are fought in the car category and among the side by sides. With 30 of these buggies at the start, the Balkan Offroad Rallye enjoys the growing popularity of this class. For the cars there is an open class and a – just as competitive – limited class for standard vehicles. With teams in both classes battling for minutes and seconds after almost 30 hours of racing, the competition is everywhere!

Konstantin Cholakov and Ivalylo Zhekov win the Balkan Offroad Rallye with their own prototype Toyota Hilux, after a marathon in which many teams tried and failed to overtake them.

Adam and Michal Bomba from Poland are the only foreign teams able to put their feet on the podium, on the second place. Doncho Tsanev almost lost everything when he got stuck on the beach, 500m before the finishline, but Petar Minchev towed him out in a spectacular way and saved his third place on the podium! 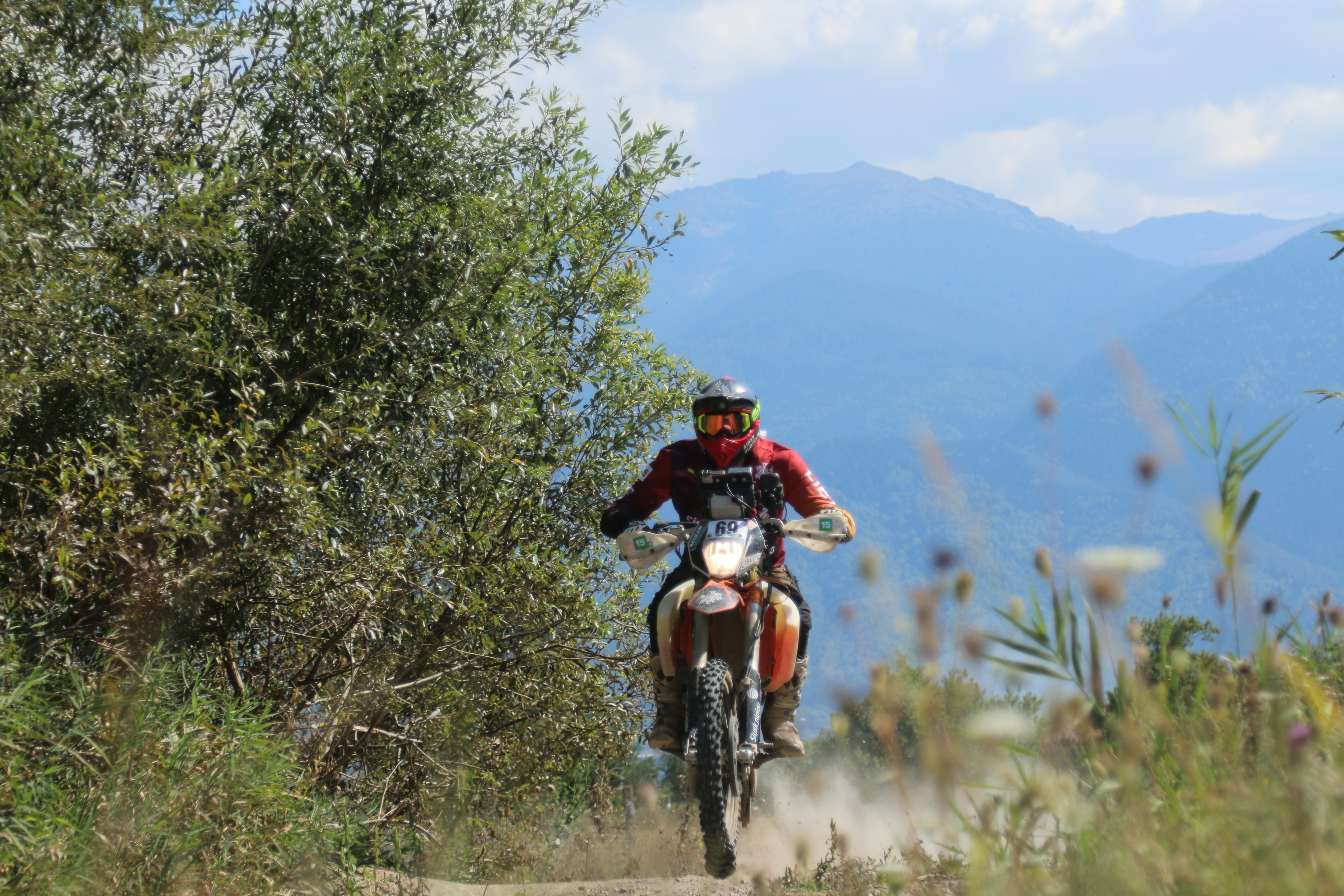 Former winner Frank Stensky from Germany had a race filled with bad luck, coming to a height in the last stage, where he had to abandon due to a broken shock. ‘I have never missed a finish due to technical problems,’ Frank says, filled with disappointment. He is not alone. Desislav Slavchev breaks the front axle of his classic G-Wagon the last day, losing the podium place he and Margarita Staynova had fought for. ‘It is only true after you cross the finishline,’ said Margarita with a sad face.

In the Side by side ranking the first half of the Balkan Offroad Rallye is dominated by Breslau ‘ancient’ Richard Oguez, racing together with Delphine Delfino. He built a lead in the first days, with clever navigation and fast driving. Then the hunt was open: Tsanko Tsanov, Jose Castan, Philon Parpottas, Lea Gauthier, Yann van Beek and many others were on his tail, pushing and building pressure. One careless moment was all it took: a broken A-frame meant a DNF on day 6, making the last two days a sprint for the remaining teams.

Here Yann van Beek from France saw his patience rewarded. With most of the fastest competitors out of the way, he could simply make it to the finishline and pick up the trophy. His strategy: stay close to the leaders, take care with the buggy and the navigation and let the other teams fight and take risks for the next corner, the cloud of dust in the distance or even the day. After all, it is a marathon.

In the Car Limited class, the battle was fierce and friendly, a shared pleasure. Jean-Francois and Marie-Aline Ryo in their Land Cruiser 120 win the class after 32 hours of driving, with just 26 minutes ahead of Sebastien Morisod and Jean Philippe Jubin in the Range Rover. ‘We have great opponents,’ says Marie-Aline, ‘and that makes us hyper-motivated!’ Third in class is Patrycja Brochocka, racing her pink Dacia Duster, on her first season in rally raid!’

Arunas Gelazninkas takes the lead in the motorbike class, right from the first stage. He is fast, quick with the roadbook and never tired. Competition for him comes from Frank Mödl from Germany on his two-stroke Gas Gas 300, a winner of the Baja Deutschland and an experienced rally raid rider. His strategy was not to attack Arunas, but simply to ride to the end: ‘This is my first time in Bulgaria, and the tracks and navigation are fantastic. But it is also a place where you can easily make a mistake, so most of my energy went into doing it right and reaching the finishline!’ 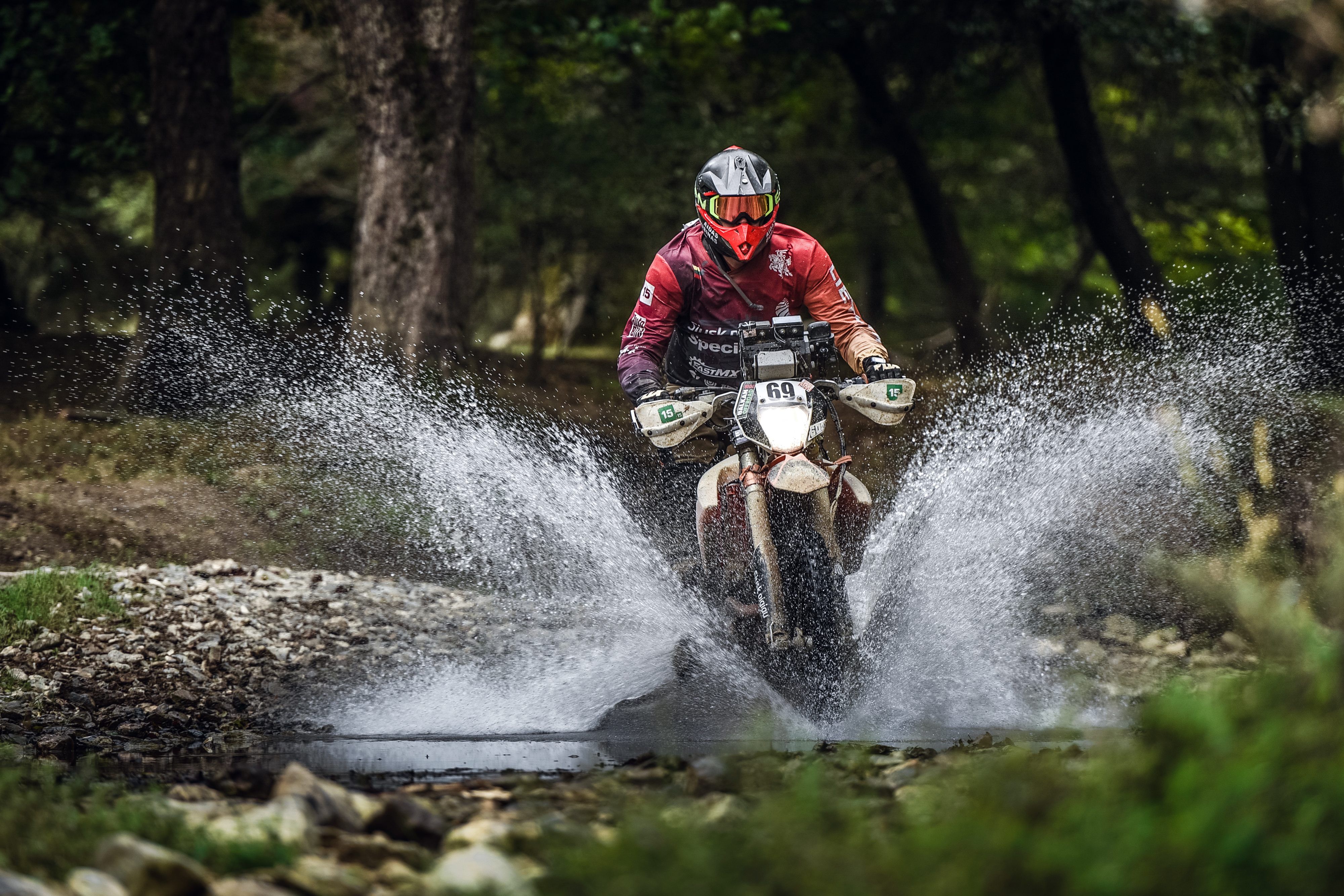 Ronny van Baal and Anneke Crijns are the true heroes of the Balkan Extreme with their nice Toyota LJ70, the same type that was used to create the routes. ‘Ok, sometimes I have dreams about Jims’ car,’ says Anneke with a smile. ‘But we know and love our Toyota, and we can do almost everything with it. Ron is such a great driver, it just takes us a bit longer to reach the end!’

‘When our front locker broke it became really hard!’ says Loic Mauro, guiding his brother through a difficult gully. They rolled over early in the race, repaired their bent car and just kept going. Fritz Becker had similar bad luck, breaking and rolling his car. After his mechanics’ daughter came from Hungary with parts they were able to race again – right until he put the car upside down and blew the engine. The effort was fantastic, but somehow they ran out of luck.

In the truck class with three competitors there is not real competition but cooperation. Winner Tom Heuer races his fast Tatra and the fantastic suspension offers a clear advantage on the difficult tracks. Tilo Suptitz brings his unique Kamaz to the race, and it looks fantastic in the Bulgarian hills. Philippe Musy with the Unimog is the third in class, offering help and assistance to his teammates of the Heidenreich team, who are here with a special project.

‘After so many years of racing and winning, we wanted to bring our children and a group of friends to the race,’ says Udo Heidenreich, who has raced and won both the Rallye Breslau Poland and the Balkan Offroad Rallye in the truck class. ‘We built three Volkswagen T4 Syncros, with a rollcage, bilstein shocks and a big bashplate. Perhaps we will make it to the second bivouac, we thought. But the little VW’s just kept going. We raced every day and were able to finish on the beach of the Black Sea!’ 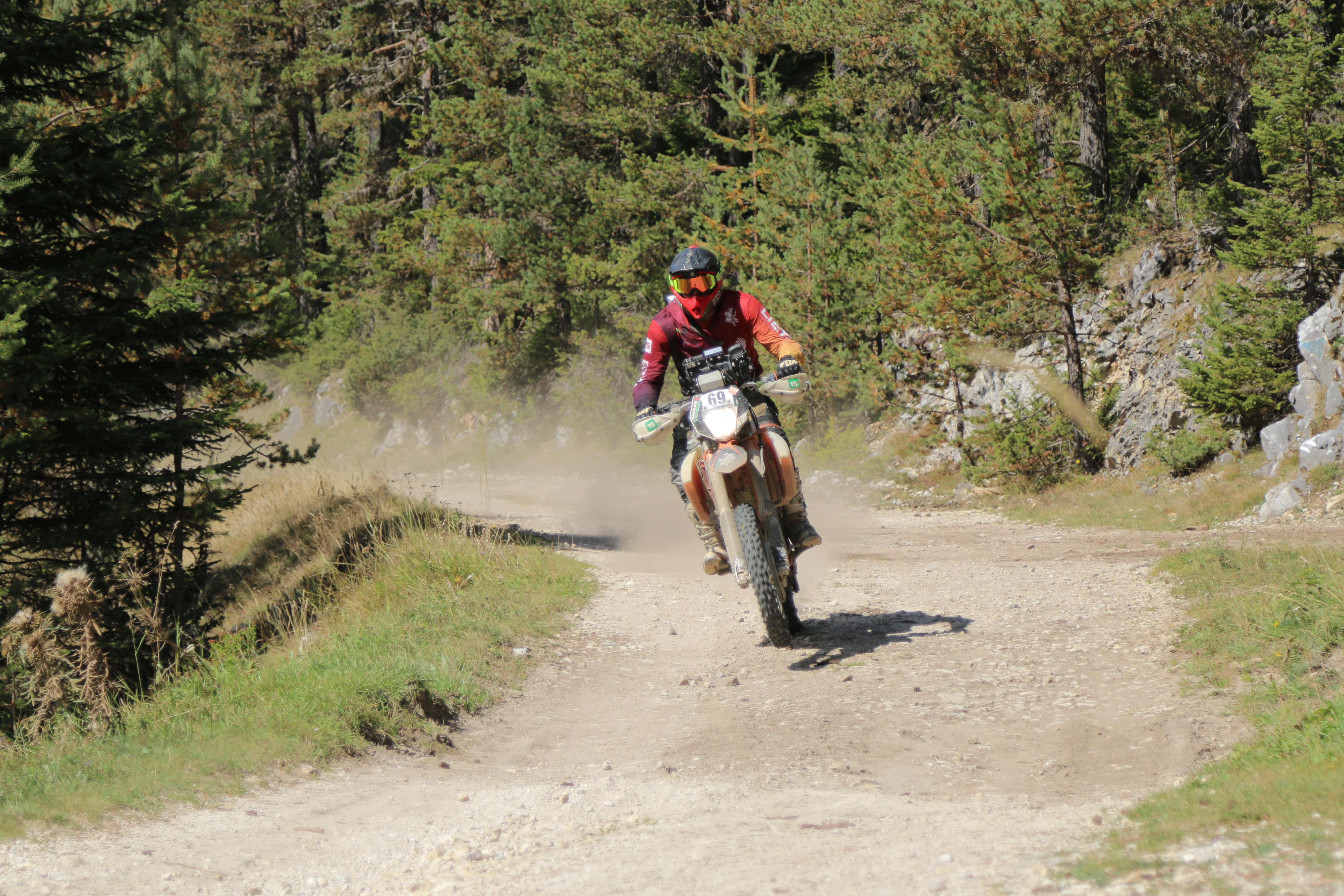 If you want to compete in the Balkan Offroad Rallye, you gather some friends, prepare your vehicle and go for it. You might even consider entering in the ‘Discovery’ class, our adventure class for those who like to run roadbooks without the chrono. But if you want to win and race the front runners, it is a different story. For this, you need to be fast in any terrain, to understand your vehicle, it’s abilities and your own, both in driving and in the navigation. And you face competitors who know how to build up a race and compete in the marathon.

The organisation team works day and night to make everything happen, and keep you focused on the race. Precise roadbooks, tracking, timing, helicopters, medicals, recovery – it is there for you. It you want to compete next year, start preparing now. Tell us your questions and wishes, and we look forward to seeing you next year at the startline! 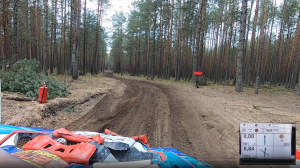