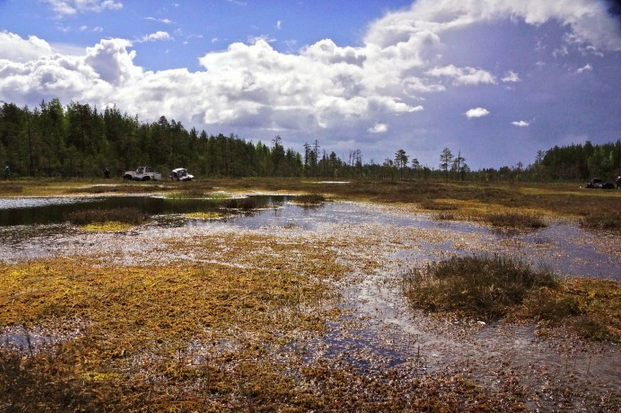 Ladoga… Ladoga… Ladoga… It’s the biggest lake in the Europe, 14th lake in the world according its size and it can cover nearly one-third of Lithuanian territory. It was the part of the Baltic Sea and important trade route between Russia and Scandinavian countries after the last ice age. Frozen lake served as a way for the food supply to Leningrad in the time of its blockade during Second World War. These facts are known probably for everyone who finished school. But not so much known fact is that during Second World War the bigger part of the lake was owned by Finland and it was called Neva, which means swamp in Finnish.

Lake Ladoga is known to many off-roaders, because of the marshy circuit. “Ladoga Trophy” is an annual competition for the past nineteen years, which brings together more than two hundred pieces of various techniques and about five hundred members willing to undergo the most difficult route, laid in hard accessible areas of the Leningrad region and Karelia.

Maybe connection between lake, swamp, off-road vehicles and motorcycles isn’t clear to you yet. So I’ll try to explain. There was moto scoring category some years ago. However, it was held not on specifically designed for two wheels routes. Moto riders used the same path as heavy machinery, designed for the rigors of off-road. Therefore, “Ladoga” has always been associated exclusively with the jeeps drowning till the roof in the marsh swill, where only air intake pipes are seen above the water. So it’s really hard to imagine motorcycle undergoing rout like that. Still, old photos witnesses the fact moto scoring category was possible at that time also. Although for the passage of five-kilometer special stage eight hours were given for the participants of moto class. That was Ladoga of my dreams I decided to conquer in 2015, when organizers announced about revival of moto scoring category. Organizers also noted about totally different route for moto category, without intent of drowning motorcycles or the drivers, because that’s why, category was closed before. So therefore more than sixty enthusiasts decided to contest this year.

My story started in the end of the year 2014. Just before New Year I received proposal to test myself in Ladoga challenge by motorcycle when I met my old friend Audrius Sutkus, participant and commissioner of multiple Ladoga races. Ok, but there are some particular parts missing: I have no motorcycle, no experience and no partner for the competition. But dream and will are the most important things. So the seed of Ladoga was sowed. Just a week after I had possibly to attend Kaunas off-road vehicles ride, where I met Mindaugas Aškelėnas. It didn’t take much time to get him interested in Ladoga race. Next step – motorcycle. The best choice of reliability and quality was Honda CRF450X. However it was not available and it would take too long to wait for it. So the other moto of choice as good as Honda one, but more expensive was KTM EXC350-F. And it was the decision of financial sacrifice for possibility to have bike right here and right now. Here we go, next step – competition. We decided to participate in Lithuania and Baltic States Endure sprint race. Only two steps left till Ladoga challenge: races in Latvia and in Lithuania near Vievis. We were warned by organizers about lots of fallen trees and sticking out of the ground roots which is dangerous for unprepared participants.

It was my first steps in this kind of sport. My wish to participate in one of most dangerous off-road races in the world without any experience probably looked strange. As strange as my trip from Lisbon to Vladivostok for best time interval with only two seasons of moto driving experience. So here I am in Saint Petersburg after 2 days endure sprint races practice in my pocket

First day – technical commission, long procedure of getting all signatures and stamps form different service teams working at the races. Mandatory stuff: emergency kit, technically neat motorcycle, Garmin Etrex GPS navigator. This navigation system gives possibility for organizers to track your movement from check point to check point during whole rout. We also got all check points coordinates to our own navigation systems. Native racers from Saint Petersburg underwent commission day before, so they had the possibility to check the rout and according to questions for organizers it was clear – they know the rout as own back yard. With start number and imperative commercial on moto we are finally ready for the start.

Last night in comfortable hotel bed. Symbolic start in Saint Petersburg Central Square were all competitors rides podium. Then we have one hour to reach actual start place. It is first start and a chance for racers to evaluate other participants and viewers eyes are pleased by clear racing clothing, colorful and shiny technical units, drivers full of energy and passionate co-drivers. But everybody understand the fact: here begins the fight with yourself and nature. First day we need to get over 269 kilometers with special section, called “Cow’s Ridge” and five hours are given by organizers to pass it. The thrill is much bigger before the real start.

So… Three… Two… One… Start! The thrill goes away with acceleration and fully concentrated we go ahead.

First day wasn’t as difficult as we expected. It didn’t look like old Ladoga and the route was much easier in comparison to off-road vehicles passage: forest roads, sand, stones, moss, timbers and morasses. The ride through swamp “autobahn” was the most memorable moment of the day: simple timbers thrown in to the marsh, some of them above the water and some under. You have a second to decide if slow down or keep the same speed when you reach the place like this, because you can never know is there the road under the water or not. Organizers and nature didn’t made insurmountable barriers and you can go fast enough skillfully using navigation. However, it is not the best choice to go ahead through all these rivers without slowing down. Thou slowing down seems the waste of time, standing two totally wet moto riders reminds you to be careful. The concrete block covered by sludge under the water forced to stop the crew in front of us. I looked back after successful passing by and it seems that crew going behind ended like the previous ones. First day navigation was not so difficult. Organizers informed that purpose was to introduce competitors with race style and navigation.

Without further going into details I want to say, that every day gave us lots of pleasure and experience with the possibility to different terrain. There was some days when those who navigated better were leaders. And it is obvious that winners are three teams from Saint Petersburg, who knew the rout and surrounding area best of all. Strong team from Finland complained one evening: “we are going really fast but… not the right way”. In the fact, it is hard to reach good results, when you pass 150 instead of 50 kilometers. We have made two rough navigation mistakes and wasted 1.5 hour during eight days of races.

We have chosen shorter and more difficult route instead of longer and easier one. In the fact, it is hard to decide to choose 5-6 kilometers rout instead of 300 meters direct way. But good navigation in this type of races is as important as fast and technical driving. Thou it was not our mistakes that took a chance to stand on the champion’s podium away.

There was a long distance between to bases on the day before finish and we gave enough time for passing it. But we had some technical problems with the car transporting our motorcycles. Finally we reached the start point too late and 3.5 hours of penalty were given. That brought us to the fifth place in the final score of that day. We had to finish and hope that our opponents will make some mistakes on the last day. But it didn’t happen.

So in conclusion I want to say that my first attempt to try this kind of pursuit was not as perfect as I wanted it to be, but it was good. Nature is beautiful, routs are interesting and clouds of mosquitos with lots of mites do not really matter as much. I hope that next year organizers will take into account mistakes of this year and next Ladoga will lead to more interesting and intense competition. It will be 20th Ladoga of jubilee. 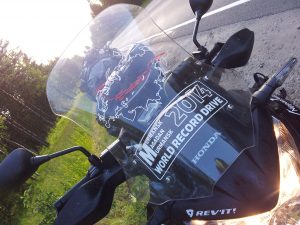 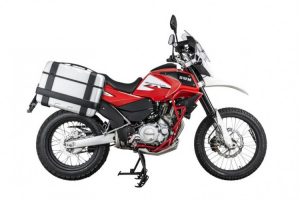 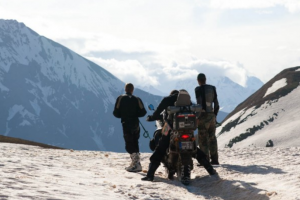 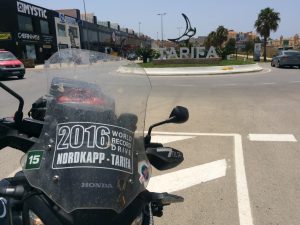 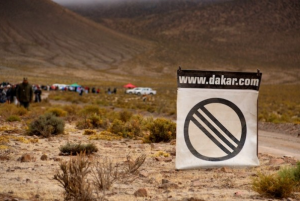 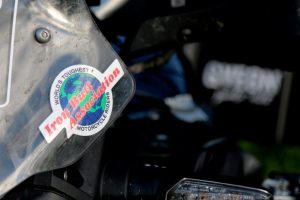 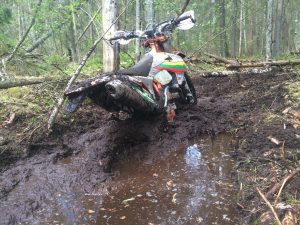